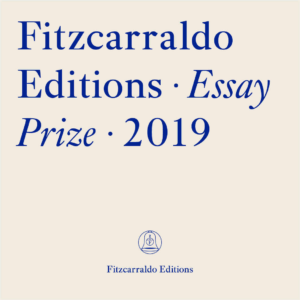 When I was younger, I had a friend who judged the worth of an experience by its ability to ‘transport you into another realm’. For something to be deemed realm-shifting was the very highest compliment, and it was offered to a whole range of different events—from books, films, and exhibitions through to unpredicted conversations with strangers, jobs and nights of drunken dancing—but notably, it was not a synonym for enjoyment, or things going off smoothly. A new realm could open up after an experience that was accompanied by a good deal of friction—in fact this was often the way it panned out.

Back then I was a philosophy student, and at my university interview I’d discussed the problems with utilitarianism. The idea that there were other criteria for evaluating experiences other than the hedonist principles consumerist society endlessly pushed was not entirely new to me. And yet, my friend’s realm principle gripped my imagination more than any of the theories that I had studied in my course, and I thought about it often. Not only was it a nice way of formulating what good art did; it also served to illustrate in a clear and intuitive way how the boundary between art proper and other experiences in life could be porous. But as well as its appeal as an idea, what impressed me was how my friend had included it in her life as praxis. Unlike many of the academic philosophers I encountered, she wasn’t just theorising about her values—she was living them. Yes, she was the first to admit that it was hard to predict what would transport you into a new realm, but some things were safer bets than others, and my friend pursued them, vocally and unabashedly. 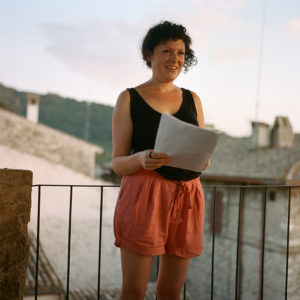 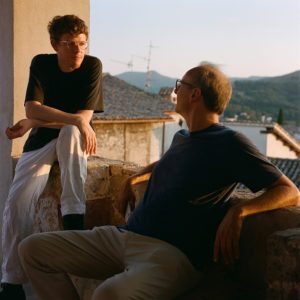 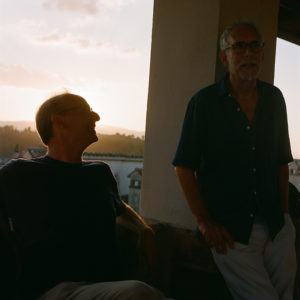 Who knows to what extent this was swashing around in the back of my mind when at the age of twenty one I decided, not exactly on a whim but certainly without a huge amount of forethought or planning, to go and live on a small island in Japan. Did I appreciate that it would be the biggest realm-shift I would ever experience? Did I know that I would come to see the inverse relation between smoothness and intensity played out in all its glory? I think I was faintly aware, but of course the lived experience of it blew that vague sense out of the water. In fact, it blew everything out of the water.

I ended up living in Japan for almost six years, but nothing was like that first year. I’ve accepted that there will most likely not be another time in my life quite so magical. Which is not to say I won’t be bigger, better, more content—I’m already more content, in fact, and I certainly know myself better. But that first year altered something fundamental about who I was as a person, and it was the first time I truly understood what it was to be alive. Away from everything I’d taken for granted, surrounded by a totally new set of people, I felt real, maybe for the first time ever. Although I know that she existed, I struggle to relate to the person I was before I went to Japan. It’s the time when I began to write properly, and it’s the place where a lot of my writing comes from.

Fast-forward thirteen years, to this spring. When April came, I was a translator who wrote—wrote in a way that could exist only with adverbial clauses appended: bashfully, in secret. By summer, I had a contract to write a book with Fitzcarraldo Editions, a publisher I admired fiendishly. I had arranged to spend two and a half months on residency at the Mahler & LeWitt Studios. Early July carried me through the automatic doors of Perugia airport into a world that felt stunningly hot, stunningly bright, stunningly exposed. What do you do? people in Spoleto would ask me, and my eyes would move shiftily from side to side as I said the words which seemed to fit my mouth so badly: I’m a writer. I waited for their eyes to mirror back to me my lack of confidence. I knew this situation had to change. I knew lack of confidence was boring. I knew that the reason that I was in Italy was to become a real writer. The problem was I didn’t know what writers did.

I had many ideas about what they didn’t do. They didn’t just cover their walls in pink and blue post-it notes with the details of what it was they were going to write; they didn’t just while away the days talking with their co- residents over endless coffees about the ways that the world was ending, about impostor syndrome, about art, about their problems with the word ‘problematic’. They certainly didn’t plan every day to get started at seven in the morning and fail each time. They didn’t wander around the place feeling overcome and faintly alienated by its awesome beauty, didn’t stare and stare at the landscape, the aqueduct, watching it glimmer in an infinity of particles, waiting for it to feel real. Waiting for themselves to feel real. REAL! 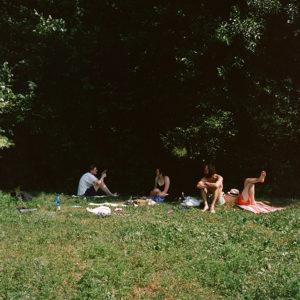 ‘What is REAL?’ asks the Velveteen Rabbit of the Skin Horse in Margery Williams’ masterpiece, which also happens to be the only book that has made me cry over twenty times. ‘Does it mean having things that buzz inside you and a stick-out handle?’ ‘Real isn’t how you are made,’ replies the Skin Horse. ‘It’s a thing that happens to you.’ And the Skin Horse goes on. He goes on to talk about the power of being loved, and you’ll be pleased to hear that I’m not going to quote that part in full, for fear of making my reader vomit. But what I will say is this: being in Spoleto for me was about being trusted. Not just given a wonderful place to stay, wonderful scenery, endless opportunities, but also being a part of something. Being included, over and over again.

The luck that I felt, the sense of immense privilege never got any less, but it stopped feeling too much when I accepted that I had something to give back. And gradually, gradually, I began to become a writer. Which is really just to say: I wrote. I would like to go back to my friend now and say: I think I have some light to shed on new realms. I think transformation, real transformation, occurs when you connect with a community. When a community reaches out its hands to you. That can be a community of two, or a hundred. It can occur through words, through images, through art, through speech. Possibly it can even be a community of you and the natural world. But that, I think, is where the change lies. That’s where realms get shifted. Those are the changes that last—even when you’re back to your daily routine, and it’s rained for two weeks without respite, and your coffee has delicate foliage etched onto its surface, but it doesn’t taste the same as it did in Caffè degli Artisti.

I’d like to end with the first words I wrote for this, which I deleted because they felt facetious, hyperbolic, silly. Because now, as I come to the end, I realise that in some important way they are also true. There was a time before Spoleto, I wrote, but it’s hard to remember now what it felt like. Being in Spoleto made me different. That’s really the highest compliment that I know how to pay.