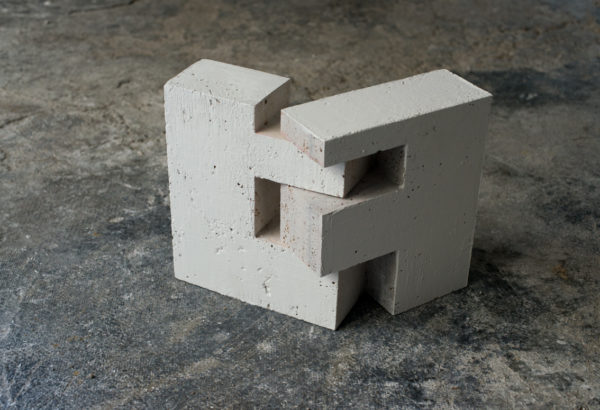 Luka Savić lives and works in Slovenia where he has just finished his philosophy degree at the Faculty of Arts, Ljubljana. His practice, which incorporates a variety of media, is informed by these studies: he often creates installations dense with art historical and philosophical references. As he explains in the text which follows, his residency in Spoleto gave him an opportunity to explore his practice in unforeseen ways. He created an entire body of work for his exhibition at the end of the session that illustrated how productive this new direction became. 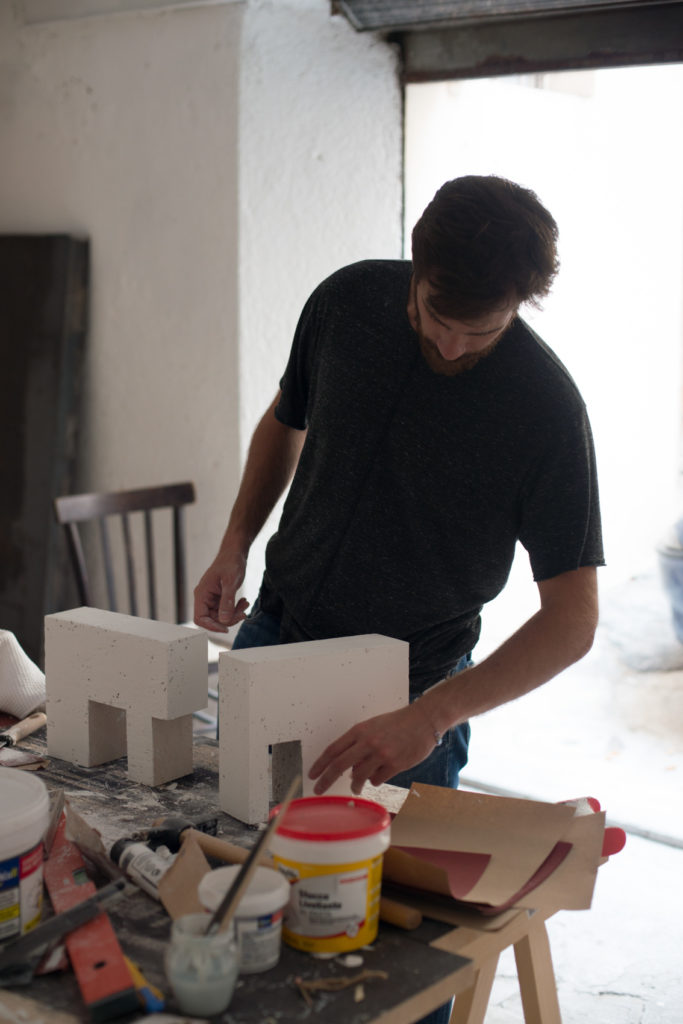 The studio I used during my residency is known as the cantina (it was formerly a wine shop). My practice involves illustrating complex conceptual and philosophical ideas, commenting on 20th century art, philosophy and literature by way of meticulously fabricated, pre-conceived objects. The cantina, well stocked with tools and ample in size, giving on to the street, encouraged me to explore a different aspect of my work, in which I began to allow concepts to be informed, or even formed, more directly by my materials.

I was trying to make a physical sketch for a project titled ‘Seven Chambers for Seven Dead Philosophers’, which I conceptualized before arriving in the town and which I would normally have sketched out on paper. Building this object early on in my residency instigated interesting conversations, with the other residents, regarding the affective potentials of different physical properties in a sculpture.

I went on to experiment with a variety of different materials — for example, wood, plaster, marble,  and different kinds of white paint and paper — attempting to get to know their characteristics, their phenomenology, and how they related to one another. With my wider conceptual interests in philosophy always in mind, I merged the materials and experimented with forms. I slowly developed an idea of the kind of artworks I wanted to produce. Significantly, whilst in Spoleto I was also completing my thesis for the Faculty of Arts in Ljubljana. It was titled The Influence of Eleusian Mysteries on Hegel’s Philosophy. One of the most direct references to the mysteries can be found in the first chapter of Hegel’s Phenomenology of the Spirit in which he expounds his views on acquiring knowledge through the senses. These studies informed my thinking as I though about the harmony of the material and the conceptual in my work.

Increasingly I began to initiate my ideas using the intrinsic qualities of materials — allowing the material to produce its own ideas. With marble one can actually observe the material resisting the rational application of an idea: whilst sculpting marble you have to take into account its veins. If they are struck the sculpture will break. Accordingly you have to adapt your form to the characteristics of the piece of marble.

By the end of my residency I had created a body of work that I exhibited in my studio: a series of plaster-coated walking sticks standing on ceramic plates, a monochrome and a marble joint.

All of the objects were coloured white. This filling of the space with ghostly objects, merging with the whiteness of the walls, reminded me of Kurt Schwitters Merzbau, in which he transforms his studio into a single installation.

In the corner of my studio, looking down on the viewer, was a white monochrome. I carefully added layers to it throughout the residency and it clearly referred to Malevich’s painting White on White. Malevich’s work has been interpreted by some theorists as an homage to negative theology and this helped to set the context for the other objects I presented in the space. The walking sticks were from an excursion I had made with friends into the hills overlooking Spoleto and could be though of as a reference to Moses’s magical walking stick. The marble joint is a composition made out of a split rock that is then again joined together. Parts of a Hugo Ball’s poem were also written on the floor of the studio in white chalk.

A plethora of ideas can be traced through these artworks but, wrapped now in a ghostly materiality, they seep through with less effort or didacticism, wrestling with consciousness. 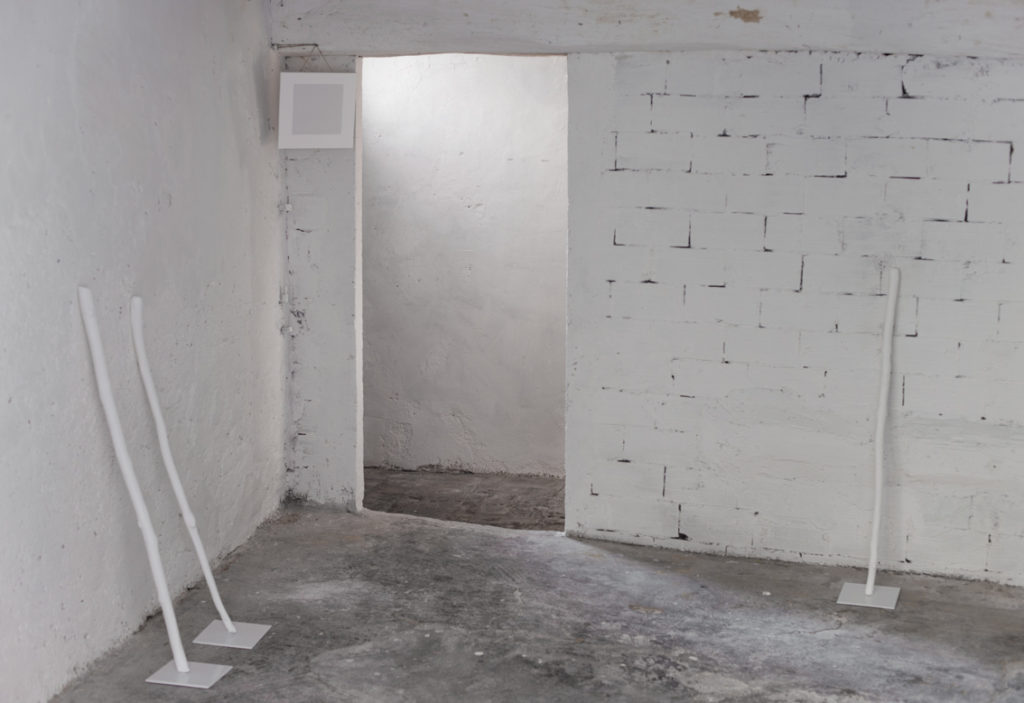 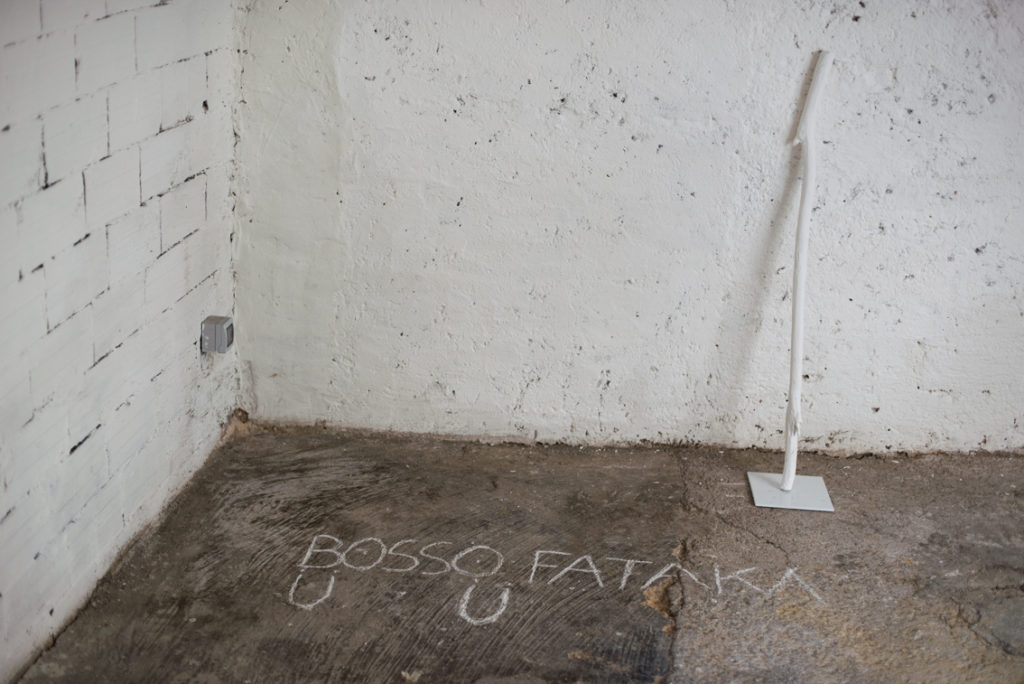 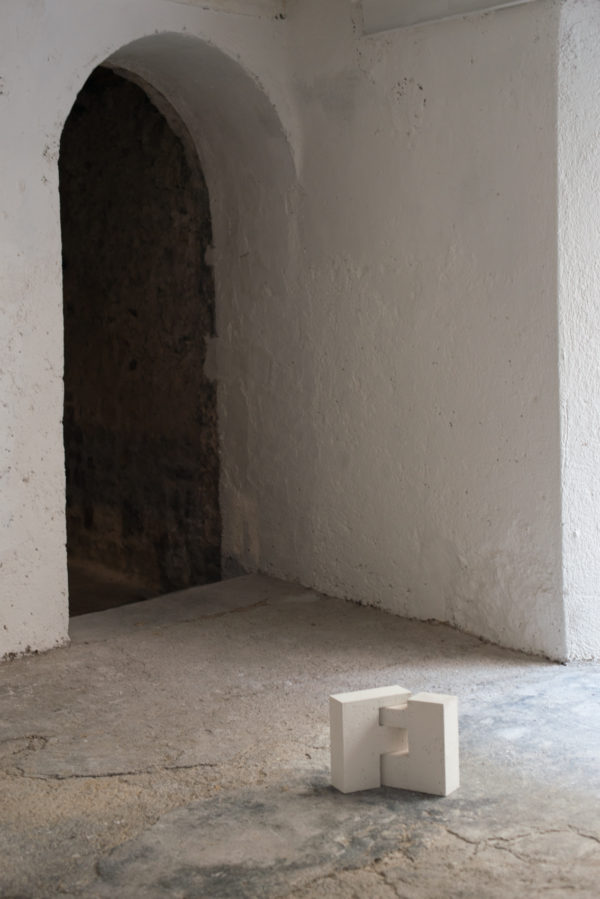 Luka Savić studied fine arts at the Academy for Visual Arts (AVA) in Ljubljana before going on to study philosophy at the Faculty of Arts in the same city. In a recent work for the 31st Biennial of Graphic Arts in Ljubljana, curated by Nicola Lees, he made a half-scale copy of Vladimir Tatlin’s flying machine Letalin. Savić’s version floundered on the floor, upside down, a comment on the utopian visions of Soviet era art. In his current studies Savi is working on iconographic issues in art and the history of art. Since 2010 Savić has worked as an assistant of Miran Mohar, who is a member of the group IRWIN. He has exhibited across Europe.