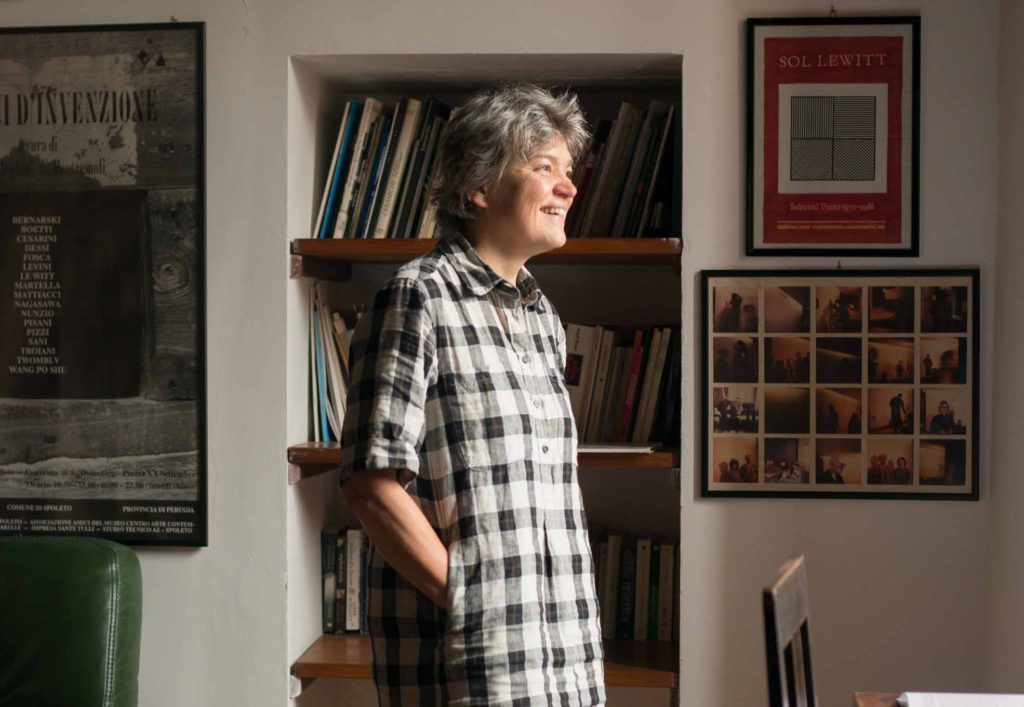 Jo Melvin returned to Spoleto twice in 2017, in spring and autumn, to carry out research in the recently re-opened Giovanni Carandente archive at the Palazzo Collicola Arti Visive, assisted by our curatorial trainee Giovanni Rendina. In London, at the Chelsea College of Arts, she also hosted an exhibition and artist’s talk with Umbria-based artist Jeffrey Isaac titled ‘Exchanges between Sol LeWitt and Jeffrey Isaac in Spoleto, Italy and New York and Chester, Connecticut USA’.

We are currently working with Melvin, as a Mahler & LeWitt Studios Guest Curator, to develop a residency session for 2018 based around artist’s books and publishing.

With this in mind, during her visit to Spoleto this September, she hosted an event titled Fifteen people present their favorite book. As she explains in the text that follows, the event was designed as a contemporary homage to a seminal exhibition with the same name, held in New York in 1967.

This display is in part reference and homage to an exhibition with the same title held at the Lannis Gallery/Museum of Normal Art, New York, 1967. Joseph Kosuth and Christine Kozlov set up the gallery when they were students at the School of Visual Art. They invited fifteen people to put forward their favorite book for the exhibition. It was mix of artists, who had established different degrees of reputations and students.

The idea of a book as art, or a publication as exhibition, is as open to interpretation now, fifty years later, as it was then. It makes us reconsider platforms, situations and contexts. And it brings together a set a variable conditions and spirals of interconnections between the different books’ temporalities, their presenters and this location.

Despite the fact that very few people saw the exhibition in New York from May 7 to June 7, it soon gained a mythic status as an artist book exhibition. Germano Celant used it as a touchstone in his introduction to The Book As Art Work exhibition cataloguem held at Nigel Greenwood Gallery, 1972. He remarked, it proposed ‘the problematic question of art as an object or as a physical aesthetic symbol uses the book as content and written language as a means of intervention.’2

In the Lannis Gallery: 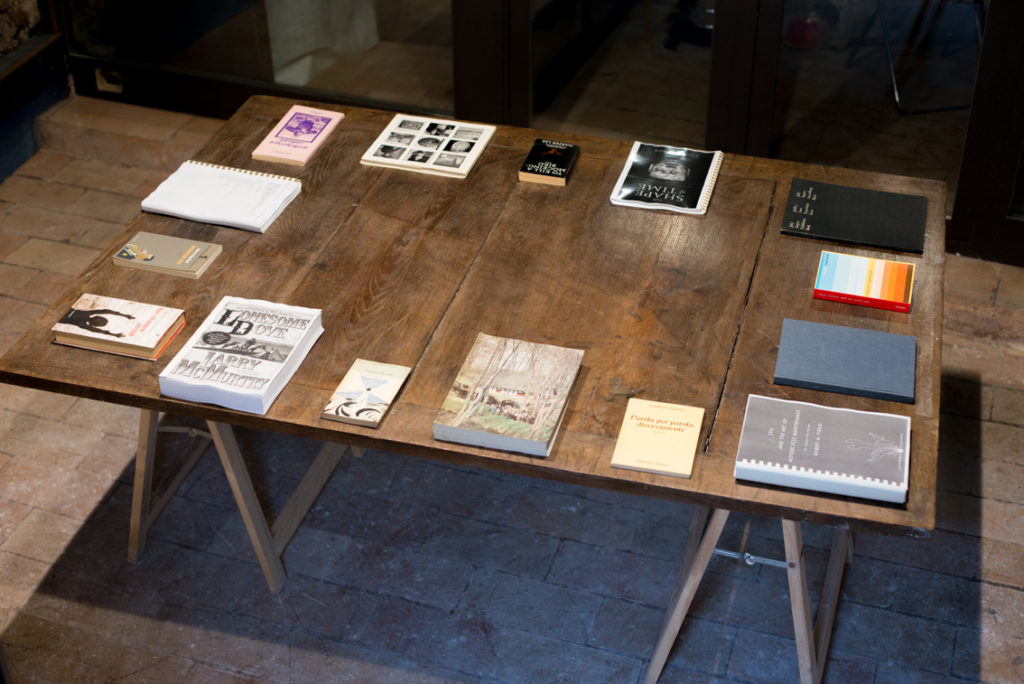 Above: Via Brignone, Spoleto, 15 People Present their Favorite Book, 2017

Jo Melvin is a curator and writer, Reader in Archives and Special Collections at Chelsea College of Arts, UAL, London. In 2015-16 she was senior research fellow at the Henry Moore Institute Leeds. In 2018, as an Associate Curator, she will lead a residency session at the Mahler & LeWitt Studios developed from interactions with significant artist’s books collections held in Umbria. For more information about Melvin’s work please visit www.arts.ac.uk