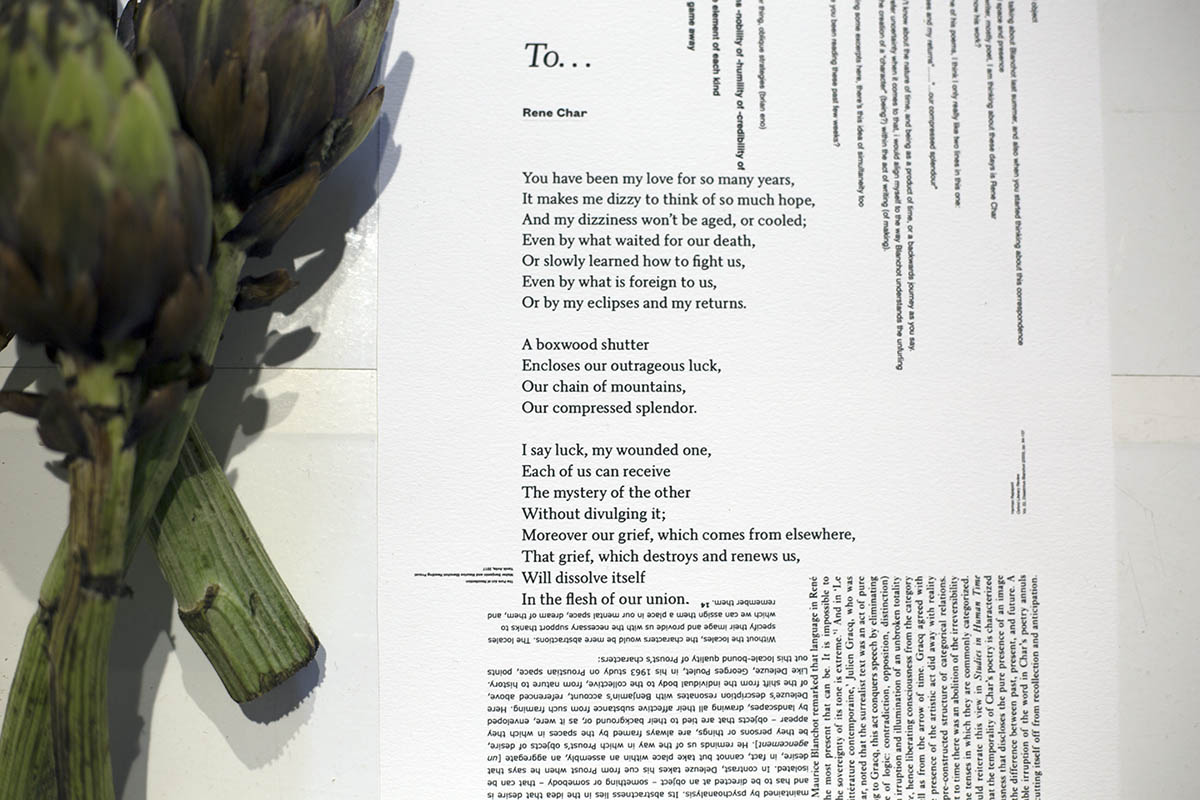 Above: Image from ‘Open Studios’ event, a series of interventions and arrangements across the living and working spaces of the Mahler & LeWitt Studios on Via Brignone, in collaboration with curator Helena Papadopoulos (Radio Athènes) and writer Quinn Latimer.

Aliki Panagiotopoulou lives and works in Athens, Greece. Her works are often realised as installations or ‘arrangements’ and use a variety of media (drawing, photography, film, text, ceramics and found objects). During her residency she worked on a text-based piece for ‘Trade Syllables’ at Andreas Melas, Athens. She also developed an evening of readings and interventions in the Sol LeWitt studio, in collaboration with visiting curator Helena Papadopoulos (Radio Athènes) and writer Quinn Latimer. The material for this event — which included two films and a series of texts, as well as artichokes and dumbbells, amongst other objects — stemmed from a Chinese whisper email correspondence between the artist, curator and writer, sent during the residency. The chain of emails lasted for around three circles where each participant would respond to the next without revealing the content of what they were responding to. For our annual publication she’s created a series of spreads which draw on that material, offering a new iteration of the event, conceived for the pages of a book. These are presented in digital version below.

Other recent exhibitions include Drawers at Radio Athènes (Athens, 2018) was part of the project A BOOK AFFAIR, organised in partnership with the Goethe-Institut. To read a Frieze magazine interview about this exhibition, between Aliki Panagiotopoulou and the writer Quinn Latimer, please click here.