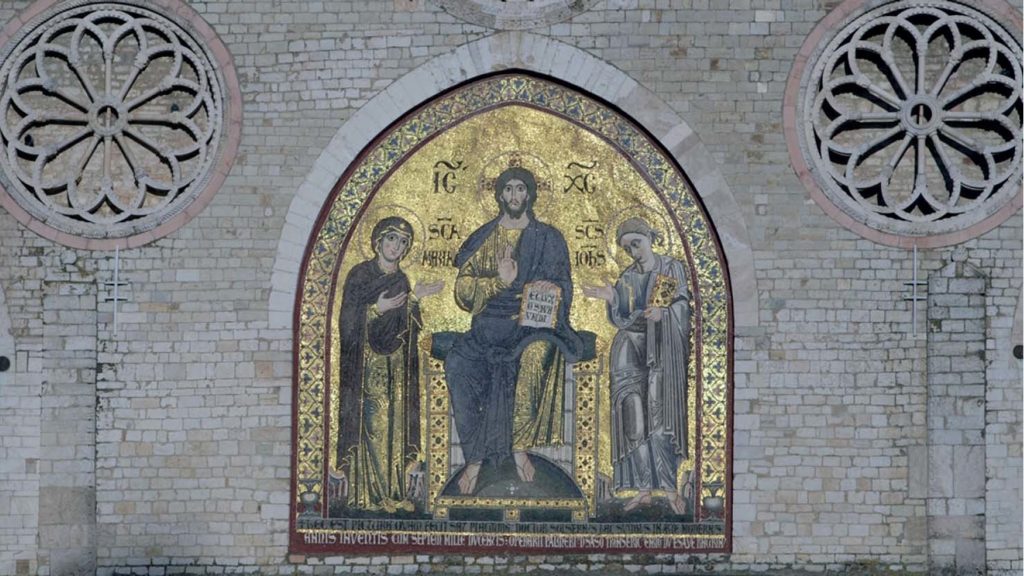 This three minute proof of concept film ‘Dr Solsternus’ draws from this mosaic and Richard Nonas’ 1976 publication ‘Lost in Spoleto’. Viewers are led through shifts in space and time, signalled by historical soundmarks as well as visual landmarks, with fragmentary voiceover scripted and narrated by Jo Melvin:

“Compendious intersections, topographical strata of the land, the rhythm of walking, as a tradition and to inhabit now, in and around the land by foot. A space for contemplation and not knowing what might ensue but creating a possibility, a platform for production.

Shapes. Of buildings, bricks, roof tiles, pavement tiles, steps, fences, trees, rocks, leaves; the fold of hills, and the folds of monks’ habits. All these materials, with their lines and colours, are the tip of intersections, between peoples.

These connections lie deep, buried – excavations of the recent past – a week, a month, a year ago.”

Screenings are also scheduled at Chelsea College of Art and Askeaton Contemporary.