Our partnership with The Ivan Juritz Prize offers a two-week workshop residency to three postgraduate students form European institutions. Established in 2014 to celebrate the creative explosion of the modernist era and reward art that seeks to ‘make it new’, entrants to The Ivan Juritz Prize (Centre for Modern Literature and Culture at King’s College London) are encouraged to play with form to make us think, feel and question. Winners in three categories (Text, Sound and Visual Arts)  receive a £1000 as well as travel to Spoleto, Italy, studio space and accommodation. 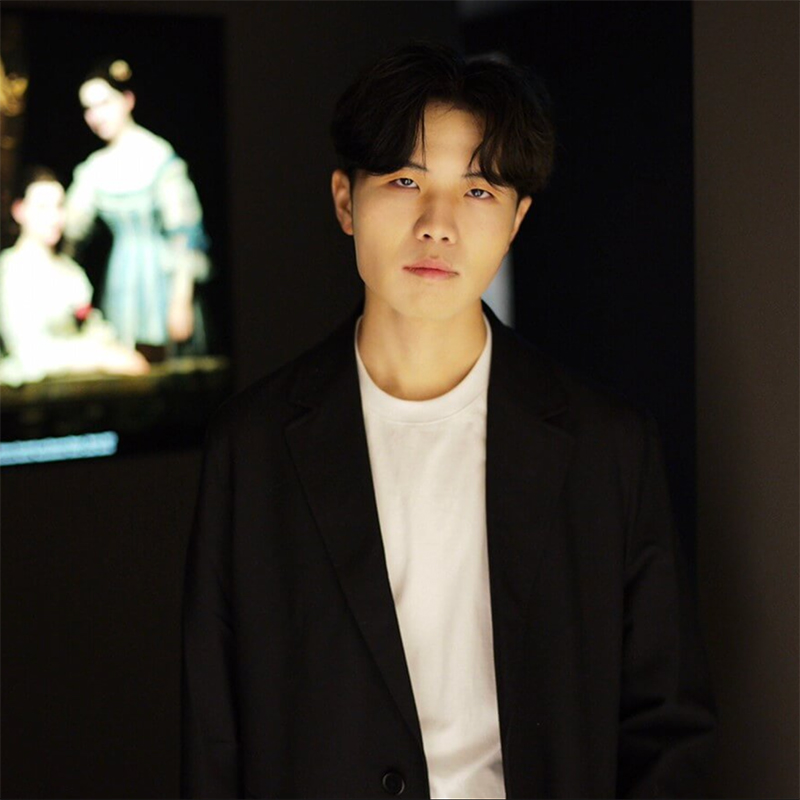 Kaifan Wang (b.1996, Hohhot, China; graduate of Universität der Künste, Berlin) grew up in Hohhot, a Chinese-Mongolian city and for millennia a gateway to the grasslands of inner Mongolia and the Gobi desert. Like other cities on trading routes, Hohhot still bears traces of cultural exchange and flows across ethnicities and religions. From a young age, Wang studied traditional Chinese painting before moving to Beijing, where he encountered contemporary art. He studied in Shanghai and Florence, before completing his Fine Arts education in Berlin, where he is currently based.

Wang’s work is characterised by his reckoning with shifting social and cultural identities. He was awarded the Ivan Juritz Prize in Image for his graduate show Wall woodpeckers, which he describes: “In my installation, I use mattresses which were discarded by Chinese students who had to return to their home country from Germany due to the pandemic. I tightly tied the mattresses, in which the student’s bodies are inscribed. They appear full of tension. Small ceramic objects, resembling nails, encircle the rolled up mattresses, creating a threatening and fearful atmosphere. Building walls – to make borders visible, to include and exclude people – has always been a national principle and political concept. Since 2020, I have been collecting traces of broken and cracked walls, from different cities, and arranging them in my paintings. Hung as a background to the mattresses, the paintings create a hopeful yet ominous mood.” 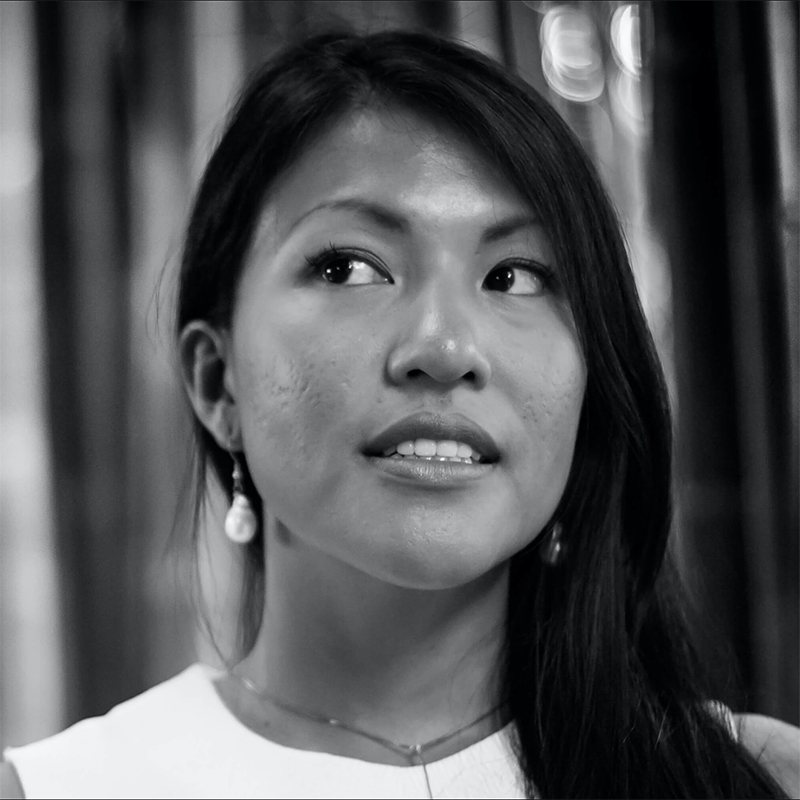 April Yee (b. 1987, Texas, USA; University of East Anglia, England) is a writer and translator published in Salon, Newsweek, The Times Literary Supplement, and Ploughshares online. A Harvard and Tin House alumna, she reported in more than a dozen countries at sites ranging from Chernobyl to Iraqi oil fields before moving to London, where she is a National Book Critics Circle Fellow and was the University of East Anglia’s Malcolm Bradbury Memorial Scholar. In 2021, she was editor-in-residence at The Georgia Review. Her fiction and essays won or were listed for the Fitzcarraldo Editions Essay Prize, the Alpine Fellowship, the Women’s Prize Trust’s Discoveries, the Mendocino Coast Writers’ Conference Contest, the Deborah Rogers Foundation Writers Award, and the University of East Anglia’s David T. K. Wong Fellowship.

Yee was awarded the Ivan Juritz Prize in Text for her unpublished work Dissection Nation. She says, “Dissection Nation examines sexual violence, medical inaction, and military intervention in and out of Vietnam, and the reimagining of these traumas within individuals. This selection includes an erasure of a conversation between Kissinger and Nixon, a terza rima about babies born with Agent Orange defects, and a sequence narrated by a contemporary carp-girl. Carp swim at the centre of ‘Tấm and Cám’, a cannibalistic Cinderella story whose suffering heroine is counselled by a sentient fish. Other influences include Deborah Paredez’s docupoetic text Year of the Dog, Nguyễn Phan Quế Mai’s novel The Mountains Sing, and Terrance Hayes’s body of work.” 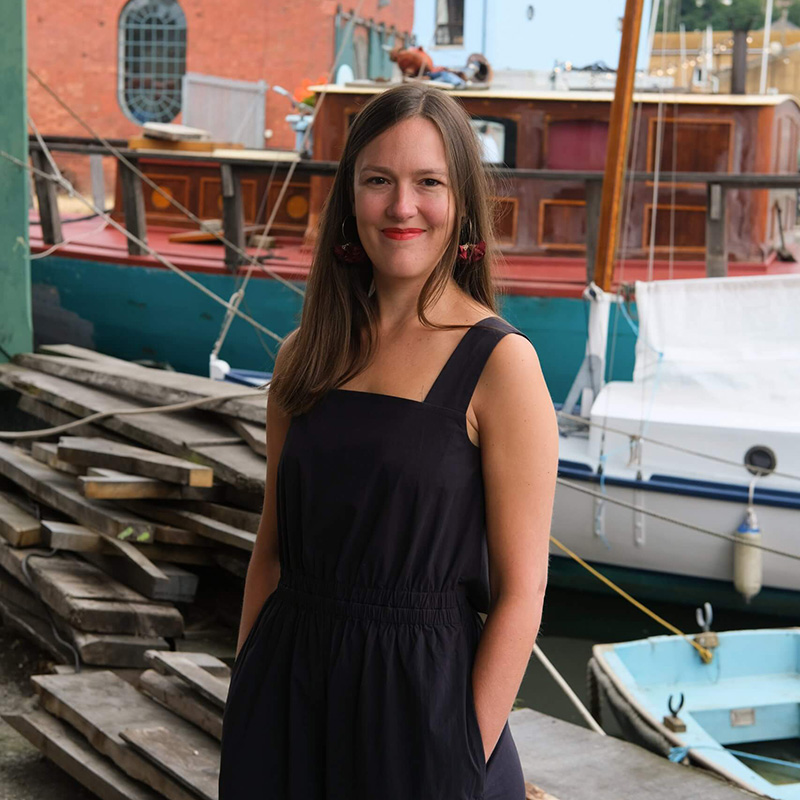 Suzannah V. Evans (b. 1989, London, England, graduate of Durham University) is a poet, editor, and critic based in Bristol, UK. She is the author of two poetry pamphlets, Brightwork and Marine Objects / Some Language (Guillemot Press, 2021 and 2020), and a selection of her work appears in the anthology New Poetries VIII (Carcanet, 2021). Her poetry has been broadcast on BBC Radio Bristol, performed at international festivals, and awarded a Northern Writers’ Award from New Writing North. She completed her AHRC-funded PhD at Durham University with a thesis entitled T. S. Eliot and the Implications of Laforgue and Corbière, and her edited volume of translations and versions based on the French poet Jules Laforgue is forthcoming with Guillemot Press in 2023. She is currently working on her debut full-length poetry collection, supported by the Arts Council England.

Evans was awarded the Ivan Juritz Prize in Text for poems from her collection Brightwork, which has since been published by Guillemot Press. These poems, written during a residency at Underfall Yard, a working boatyard in Bristol, have shape and objects at their heart. Brightwork is intended as a close reading of place, and of the objects in that place, borrowing theoretically from the French prose poems of Francis Ponge, some of which Evans translates. The poems also nod to the subtle calligrammatic qualities of Ponge’s writing, and to Jones’s attention to the language of boatbuilding in The Anathemata.

The 2023 prize is judged by Rachael Allen, Osei Bonsu, Will Eaves, and Arlene Sierra.

Rachael Allen is the author of Kingdomland (Faber) and co-author of numerous artists’ books, including Nights of Poor Sleep (Prototype), Almost One, Say Again! (Slimvolume) and Green at an Angle (Kestle Barton). She was recently Anthony Burgess Fellow at the University of Manchester, and is the poetry editor for Granta.

Osei Bonsu is a British-Ghanaian curator and writer based in London and Paris. He is currently a curator of International Art at Tate Modern, where he is responsible for organising exhibitions, developing the museum’s collection and broadening the representation of artists from Africa and the African diaspora.

Will Eaves is the author of two poetry collections and five novels, including Murmur (CB Editions / Canongate 2019). His work has appeared in the Guardian, New Yorker, and Yale Review, and has been shortlisted for the Costa First Novel Award and Encore Award. Murmur, winner of the Wellcome Book Prize and Republic of Consciousness … Continued