Flora Yin Wong
Artist in Residence with ‘the SHED’ 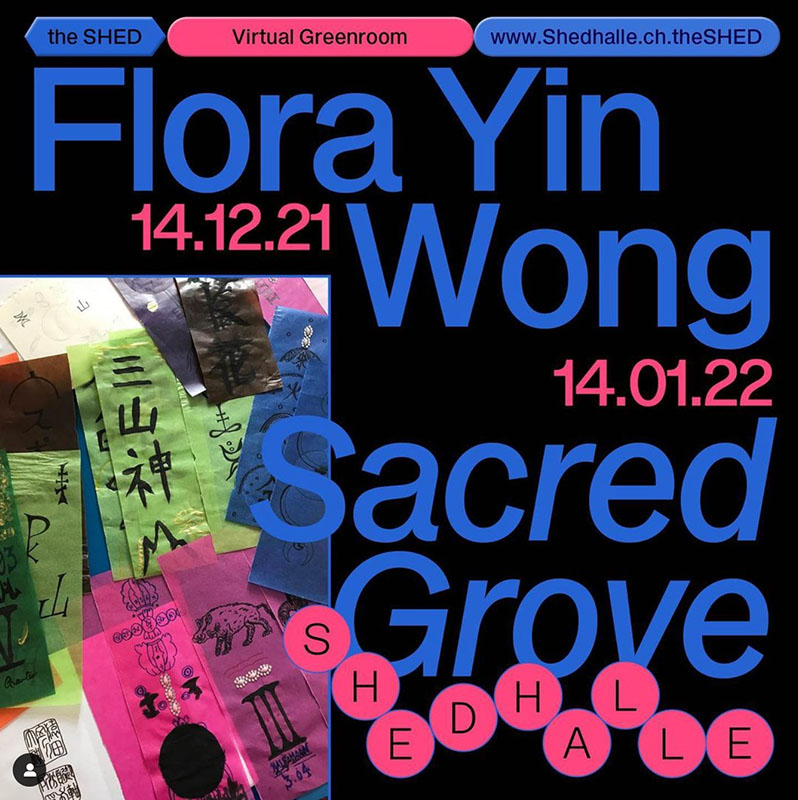 See documentation from Flora’s residency on ‘the SHED’

Flora Yin Wong, London-born of Chinese and Malaysian heritage, is an experimental sound artist and writer whose work combines field recordings and traditional early instruments (such as singing bowls, yangqin and kemence) with electronic processing and software. Flora was awarded our Open Call opportunity in collaboration with curator Michelangelo Miccolis and Shedhalle, Zurich. Flora’s residency included a mentorship with Miccolis and a presentation of her work on ‘the SHED’, an online residency space on the Shedhalle website. ‘the SHED’ is conceived as a virtual greenroom and invites artists to share real-time, process-focussed aspects of performance practice in a digital environment.

During her month in residence at the Mahler & LeWitt Studios, Flora developed a sound piece, titled Sacred Grove, in response to local folklore. At her open studios event she presented the new work within an installation of paper talismans. As part of her research, Flora was invited to explore producer and theatre director Ellen Stewart’s collection of musical instruments at La Mama Umbria International. She writes:

The walls of my Piazza della Genga studio were turned into a universal sacred space in initial reference to the local lore of saintly protection and the holy mountain of Monteluco (Latin: lucus) – a wood sacred to Jupiter.

‘Sacred Grove’ takes the form of a sound composition of recordings from a sermon in the Basilica of Assisi and Convento San Francesco, as well as a broken music box shamisen and Tibetan tingsha bells used in prayers in rituals from the private collection of worldly instruments borrowed from La Mama Umbria International.

Affixing an abundance of paper talismans typical to Daoist practice, depicting spirits of the surrounding forest Bosco Sacro – such as the wild boar, trees and snakes who reside here – aims to invoke both the collective beliefs of the surrounding locality in tandem with the spirits who must reside in the instruments recorded, and the astrological deity from which the mountain takes its name. 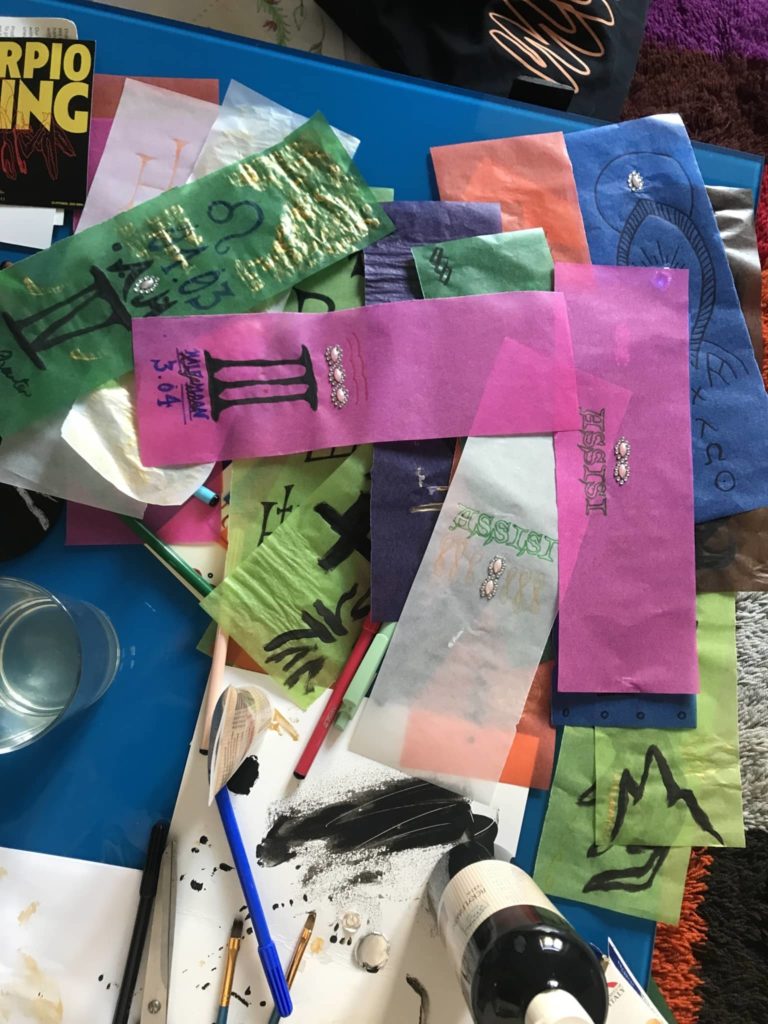 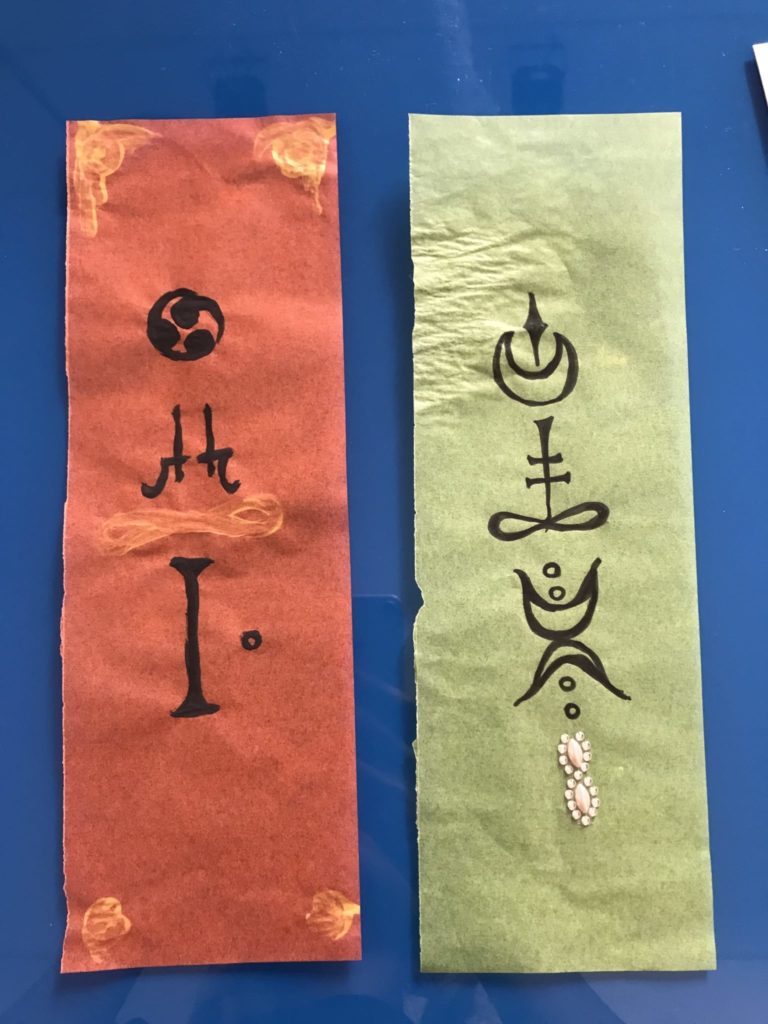 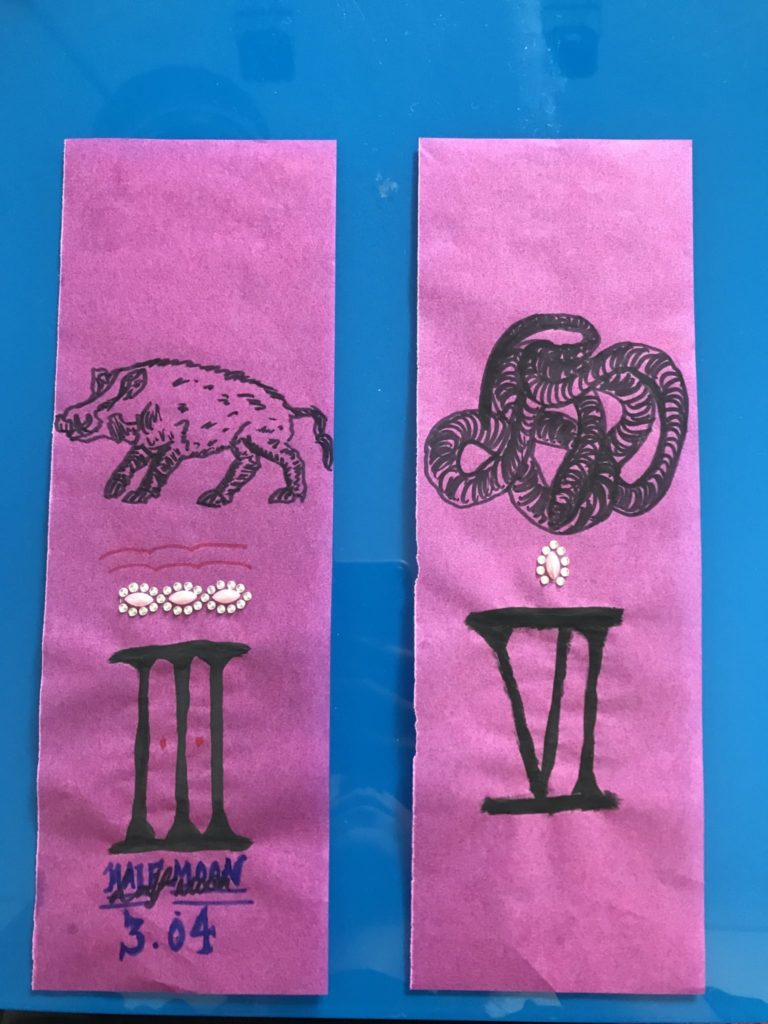 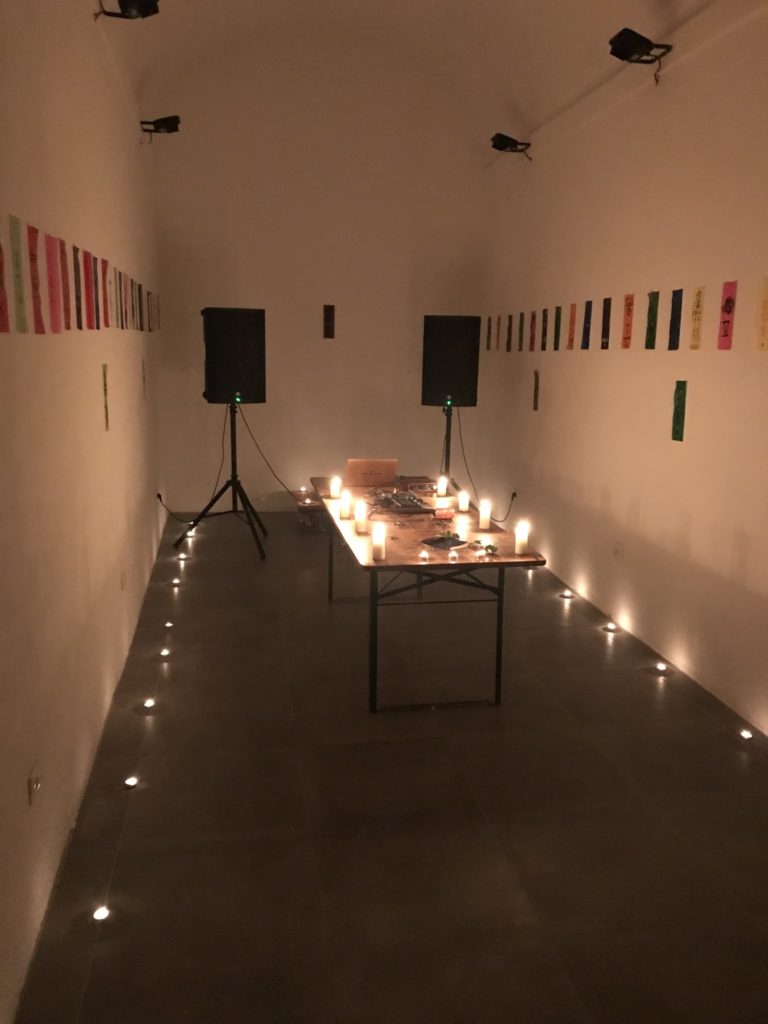 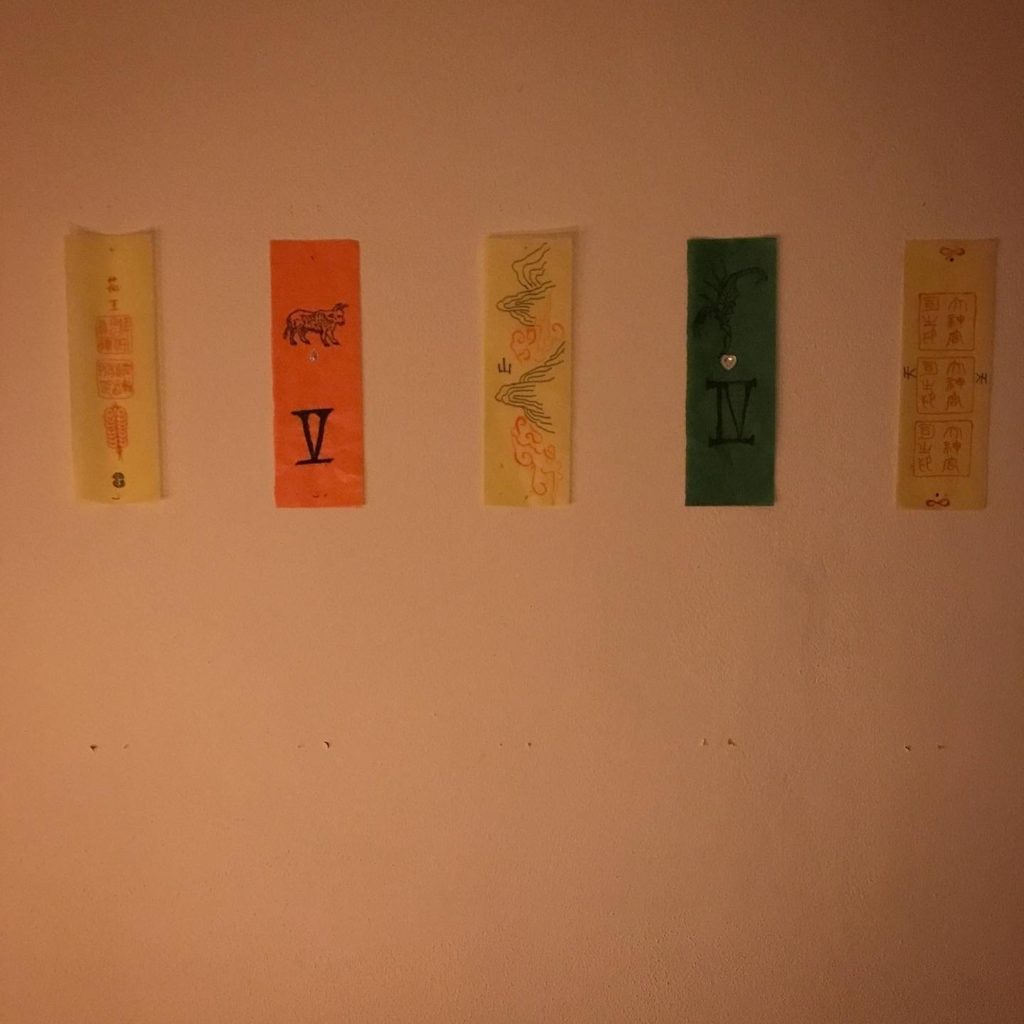 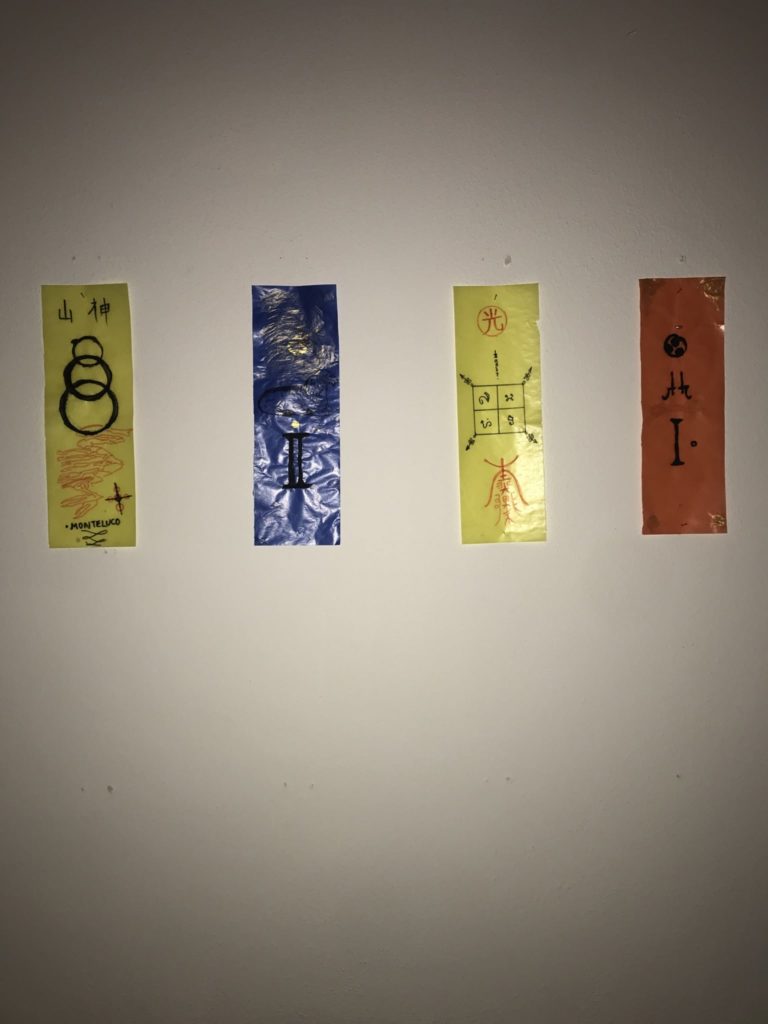 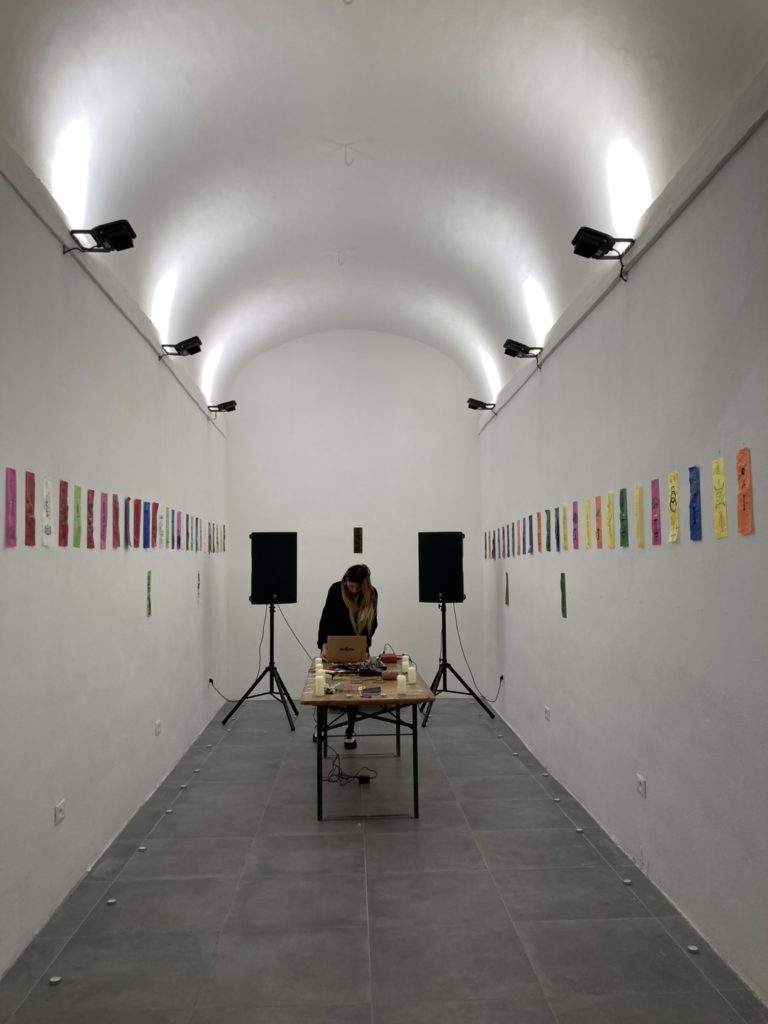 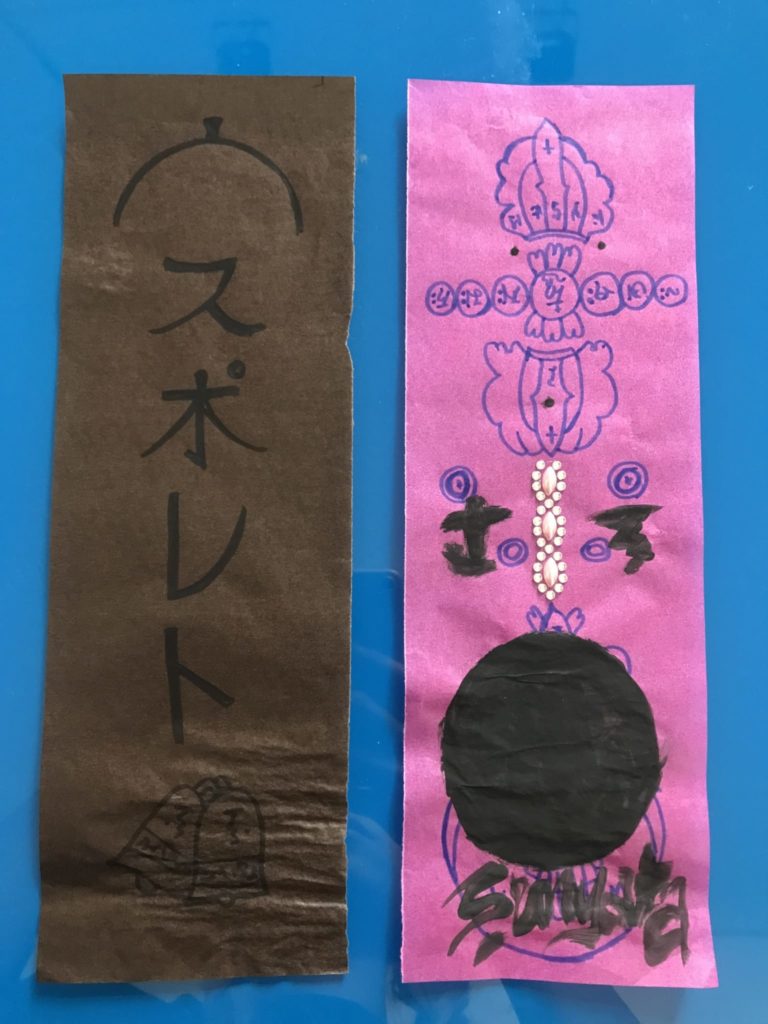 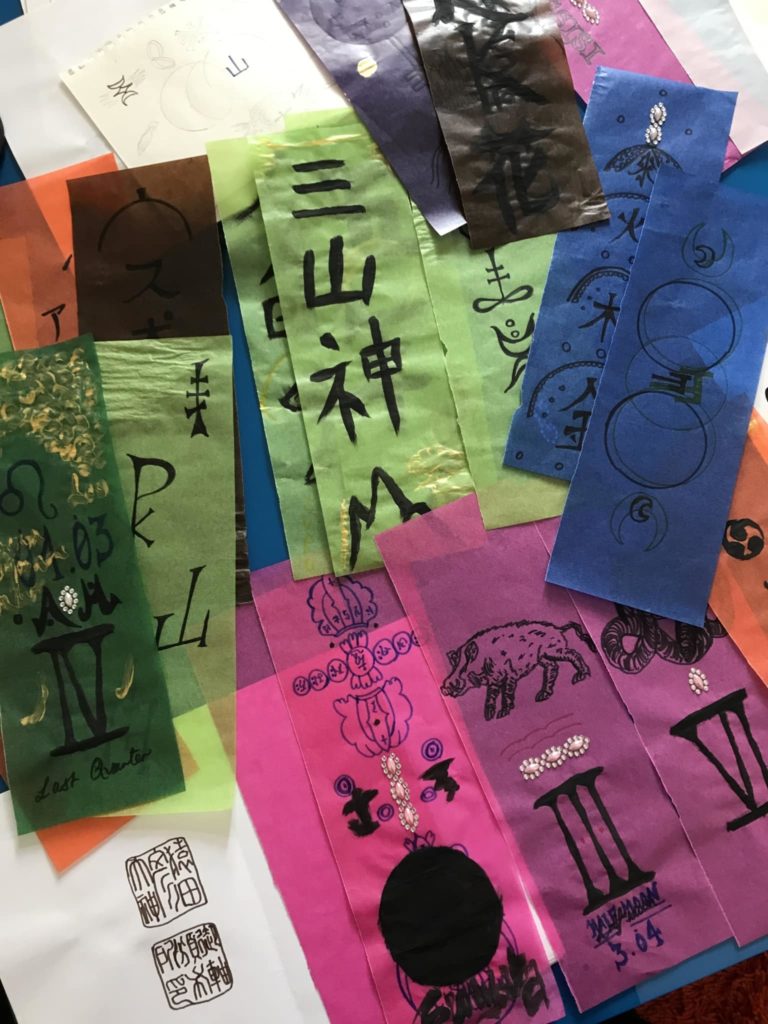 Flora’s work explores modern mythologies, memory, religion and their associated paradoxes – themes which are unpacked in her forthcoming book Liturgy, published by Primary Information. Describing her ambitions for the residency she says: “I am intrigued by local mythology. For example, Pontianus of Spoleto and the lore that is tied to his story – how in 1703, on his feast day, a series of earthquakes affected the entire region, but, owing to his protection, there were no deaths in Spoleto. I am interested in exploring these kinds of strange, moving tales and how they transcend modern life. I want to develop a multi-disciplinary performance project using binaural or quadrophonic sound, movement, set design and light, about faith in a time of global strife.”

In October 2020, Flora’s debut album Holy Palm was released on Manchester-based ‘Modern Love’ as a double LP vinyl, featuring two long-length soundpieces. Prior to that, she had worked with multi-disciplinary Berlin label PAN (Mark Leckey, Florian Hecker, Alexandra Domanovic) on their ‘mono no aware’ album – based around the impermanence of all things. Her tape EP City God, was inspired by the Daoist tradition of tutelary deities and the afterlife, using distorted sounds from temples she recorded in Hong Kong and China.

She has performed internationally including at MUTEK in Peru, Buenos Aires, and Montreal, New York’s ISSUE Project Room, The Volksbühne Theatre in Berlin, The V&A Museum, Somerset House, Round Chapel, King’s Place, and Cafe OTO in London, and across Japan (SOTO in Kyoto, WWWB in Tokyo). She has appeared on broadcasting platforms such as NTS Live, Know Wave, Rinse FM, BBC Radio 3 and 6, and Boiler Room.

Her writing has been published by Monocle, AnOther Magazine, TANK, Magnum Photos and Dazed & Confused. She has written three fiction pieces for Somesuch & Co.

Forthcoming projects include a collaboration on a score with Italian choreographer and dancer Annamaria Ajmone, an associate artist of the Triennale Milano Teatro, Milan, and she is developing a sound piece for a video by Korean artist Lee Ufan.