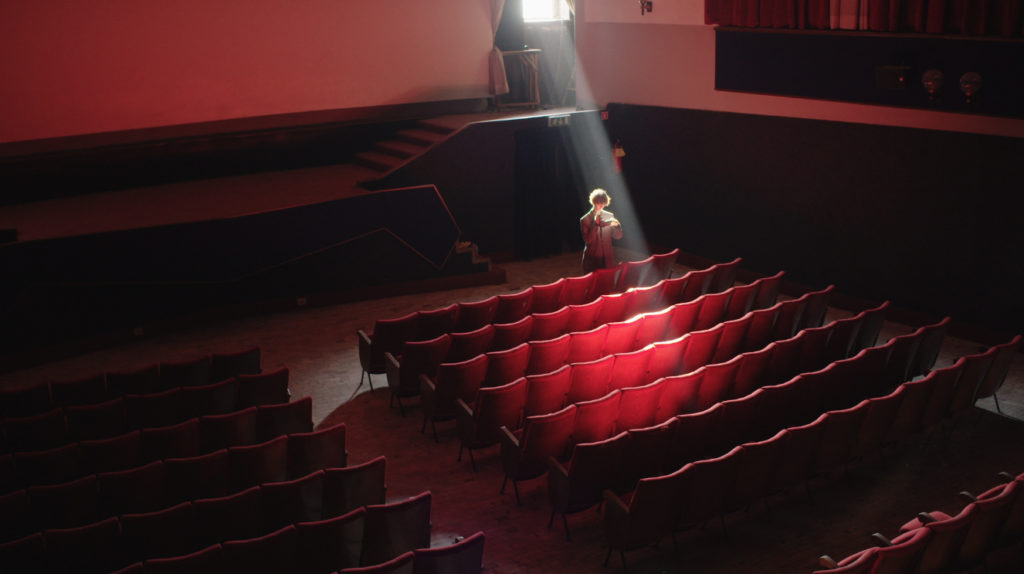 His drawing and sculpture installations often employ complex photographic techniques and are exercises in recording and rereading visual and acoustic phenomena. As a photographer and film-maker, his works aim to question the role of the artist in society today, combining biographical and archival material with fantasy and fiction – for example, in his recent publication CICORIA: a brief account of Alessandro Cicoria’s life and work, published by NERO Editions, and in his video trilogy STUDIOLI TV, acquired by MACRO, which imagines a subculture of artistic activity in Rome.

During his residency in Spoleto, Cicoria worked on new sculptural drawings, sometimes incorporating text – lines of caught conversation, semblances of a script. In the next phase of production, they will form a matrix for cameraless silver gelatine prints.

Cicoria also continued work on his new film ARCADIA NORD (working title). The film follows a 13 year old boy, Nicola, in a chaotic post-pandemic Rome, as he tries to understand a world his generation will be responsible for saving. Rome’s deep history, grasped at through its myths and etched in its architecture, as well as Nicola’s passion for 20th century cinema and his own recreational filmmaking, offer the protagonist a framework. The film is shot using a camera which gives a late 90s style and is narrated by a voice (alter ego of the director) that reverberates from a distant future and directs the multiple temporal shifts.

Cicoria gained access to a disused 500 seat cinema in the centre of Spoleto and began developing and filming a new scene for ARCADIA NORD. His storyboard reads:

The Cinema Corso is a 1950s cinema, perfectly preserved, with a patina of dust and smells that time has slowly deposited. Nicola enters the old cinema and runs through it, the cinema is illuminated by natural light that hits
only certain portions of the room. In the projectionists room, the old projector is covered with plastic. On the screen a film appears, it is Federico Fellini’s “A Director’s Notebook”, a classic of the metacinema. A close-up shows Nicola with his head bowed and face illuminated by the light of his mobile phone. The screen scrolls movie posters, he chooses one, points the phone at the big screen and change movies, scrolls the film quickly, until he arrives
at the crucial scene and dialogue. Then he goes back to the phone app, changes film and scene, followed by several films and other dialogues which Nicola uses as clues. So begins a zapping of scenes from his favourite movies which, all together, form the vision that Nicola has of cinema. The images dissolve and the scene ends. 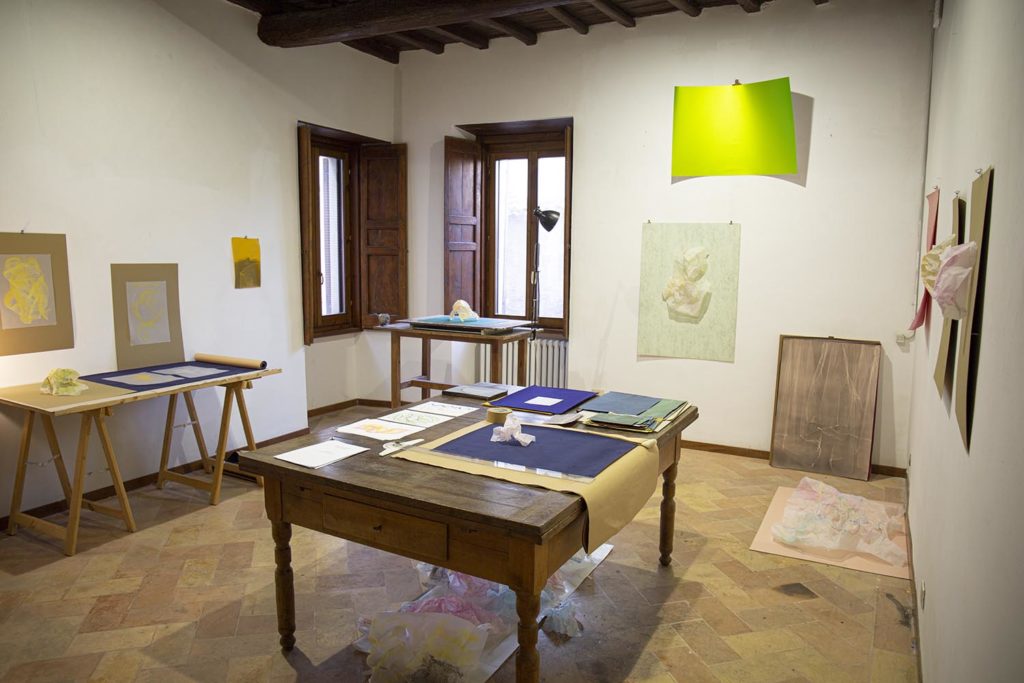 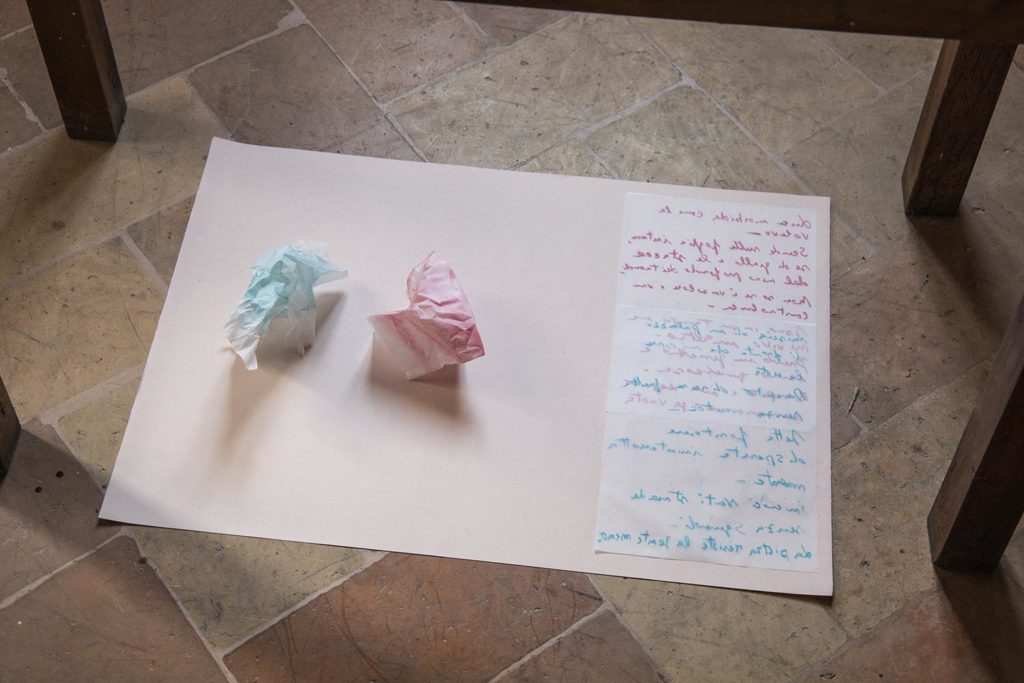 Alessandro co-founded STUDIOLI in Rome, a projectspace opened in 2015 within a 1970s garconniere complex.