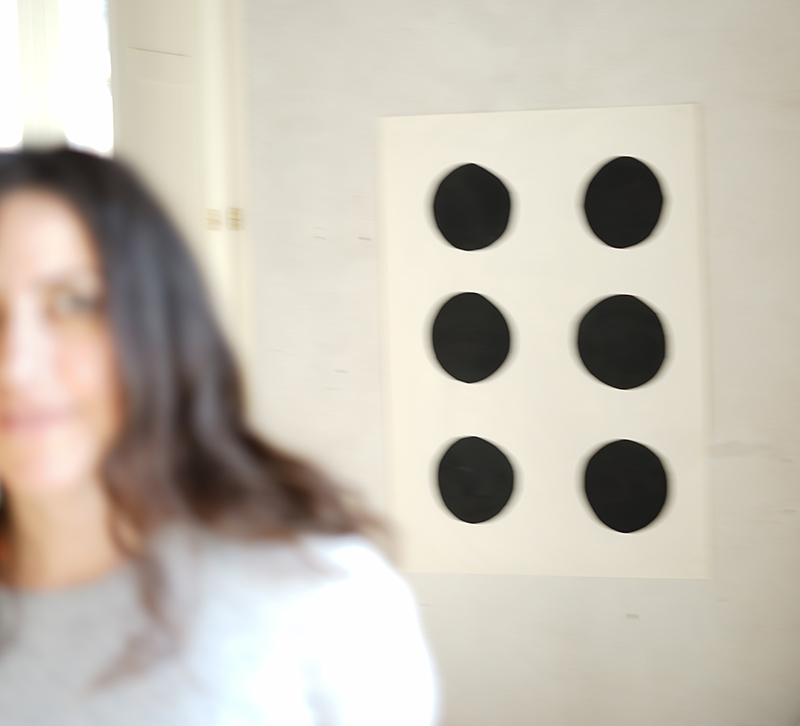 Visual artist Adelaide Cioni joins us in Spoleto to continue her research into decoration and patterns. She began these investigations with her Ab ovo series (2020 – ongoing), which explores visual codes, shared by different cultures across the globe, that recur through the centuries. Her research has taken form as large stitched canvases, etchings on diaposlides, drawings, modular structures and costumes. In Spoleto, Cioni will focus on the Umbrian town and its surroundings and she will be working towards a an artist’s book, to be published by Viaindustriae, which will be presented in ‘The Feuilleton: I will bear witness: Piggy-backing-from the Edicola‘, curated by Jo Melvin (Spoleto, June 2021). This work will also involve the creation of costumes for a performance in collaboration with dancer and movement director Typhaine Delaup, which is being developed as part of The Empty Project.

Adelaide Cioni studied drawing at UCLA, Los Angeles, and holds a BA in Sculpture from the Academy of Fine Arts in Rome. With an MA in Contemporary History and a master’s degree in Literary Translation, for ten years she translated American literature (John Cheever, David Foster Wallace, Lydia Davis, AM Homes, among others). In 2012 she finished the translation of Cheever’s journals and decided to quit translating literature in order to focus on her art. In 2014 she was resident for six months at Cité internationale des arts, Paris, and won the Premio Celeste. In 2015 she was resident in Villa Sträuli, Switzerland. In 2016, she moved to Umbria and opened, with Fabio Giorgi Alberti, a gallery/studio called “Franca”. She is represented by P420, Bologna. Her work is currently on view in the show Io dico io – I say I, curated by Cecilia Canziani, Lara Conte and Paola Ugolini at the Galleria Nazionale, Rome.